Pervert Pete is a character who goes on video chat sites like Omegle and Chatroulette and tries to make new friends. Sometimes successfully, sometimes not but it always ends in some sort of high jinks in the end. Pervert Pete is a make believe character played and created by Comedian Gary Gabagool. Everything you see in all his videos is for comedic purposes only.

Pervert Pete started his original channel on January 25th 2013 using the channel name: aLiLCrankCrank that only focused on Omegle videos. As time went on, Pervert Pete would get into gaming videos. In May of 2013, he made a video, “Omegle Girls Show Boobs” which quickly became his top viewed video and helped his channel grow, sometime averaging over 100 new subscribers per day. Later that year, he met another YouTuber, MarioTv and the two quickly became friends but ironically, only collaborating once.

In early 2014, he began a series, that has often been copied by other YouTubers called: :Pervert Shows His Wiener To Girls On Omegle” which quickly became his most popular series to hard core fans. With each new wiener prank came a slue of new dedicated fans.

Soon after he began a new series with the first video entitled: “Pervert Fails At Dating Hot Girl”. The video garnered over a million views overall. The series itself became his most popular series of all time, with each video quickly gaining hundreds of thousands of views within weeks of upload. This further excelled his subscriber count, now averaging a hundred subscribers per day.

Later in 2014 as his channel continued to grow, he met YouTuber AsKaGangsta who also made YouTube videos. The two quickly became friends and not long after, began collaborating on a series of videos called: WienerBoyz” where the two would show their ‘wieners’ to people on Omegle. The collaborations with AsKa propelled Pervert Pete into YouTube infamy as being recognized by YouTube viewers who weren’t even fans.

During this time, he put out a video featuring YouTubers Makemebad35 and Pinkstylist, which he met while filming an Omegle that he titled: “Pervert Pete vs Slenderman”.

Funny story: Pervert Pete Knew the first Slenderman was Pinkstylist but didn’t know the second was it was Damian a.k.a. Makemebad35. The day after filming, Damian tweeted out that he met Pervert Pete and within minutes, fans were tweeting at him, telling him that he met Damian on Omegle. When Pervert Pete woke up to see this, he tweeted at Damian, saying how much fun it was doing impov with Damian and Damian responded by saying he thought Pervert Pete was hilarious.

The Slenderman video garnered Pervert Pete attention from the masses by being a Makemebad35 video. New fans were coming in left and right, this was the golden age of the Pervert Pete channel.

On May 18, 2016 Pervert Pete’s YouTube was blacked out and all videos were removed. due to a court threatening Pete that they would take his daughter unless he quit the Pervert Pete persona on YouTube. On May 27, 2016 the character was officially ‘killed off’. At this time Pervert Pete was embraced by his YouTuber friends and colleges, with many doing tributes to Pervert Pete and even the YouTube drama news channel, Scarce running a story about the incident. Thanks to the many tributes, stories and mostly thanks to his friend AsKaGangsta, Pervert Pete was able to get his channel to well over 107,000 subscribers, even after his being killed off to be able to get the YouTube Silver Play Button.

During the next year, the channel was headed by Gary Gabagool, Pervert Pete’s creator. At first, Gary Gabagool wasn’t sure how to go about the situation. He settled on doing a face reveal and taking over the character as the over the top New Jersey born, Gary Gabagool who is an over the top version of his real life self. He continued to make Omegle videos, vlogs, rants and playing games but he just never felt right about doing this on Pervert Pete’s channel. He was never fully able to become what he should have, thanks to being afraid of doing anything to disrupt the court case. His rant videos became his most successful.

On May 18, 2017, almost a year after having to “Kill off” Pervert Pete, Gary announced that the character was able to return to YouTube. It was explained that Pervert Pete had to go “into hiding” due to some legal issues and is aloud to come back thanks to an agreement with the court. The day the character returned, 47 of Pete’s videos where made public once again on the channel (including all Dating Ariane videos and all gaming videos). All Omegle videos were deleted, due to them being the reason why Pervert Pete was killed off in the first place. Over time, Gary re-edited them as compilations on his channel (as Retro Pete).

Gary Gabagool moved over to his own new channel so Pervert Pete was all back to normal on his channel, with only him uploading his own videos.

At this time, The First Adpocalypse had already hit. With the combination of that and Pervert Pete being gone for a year, his channel was taking a huge hit view wise and fan wise. Most of the fans had already left the channel, with only the most hardcore fans (most who are still with Pete to this day) still subscribed to Pervert Pete. Pervert Pete still put out new videos but it wasn’t the same. Even though Pervert Pete was able to come back, he was still afraid to go all the way with how he used to act, so he was more timid and more low key. So with all those combined factors, Pervert Pete’s channel was in a decline.

On my birthday, February 16th 2019 Pervert Pete’s channel was terminated.

Help Pervert Pete by sharing this video with all your friends!

PERVERT PETE IS BACK On Omegle!!

Pervert Pete Does Halloween For The 1ST TIME 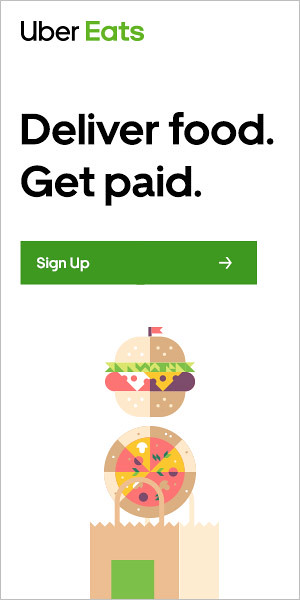 LESBIANS Join My Stable On Omegle